Many congratulations to Prof Richard Cornall FMedSci FRCP who was appointed Head of the Nuffield Department of Medicine. Prof Cornall takes up the Chair of Nuffield Professor of Clinical Medicine. 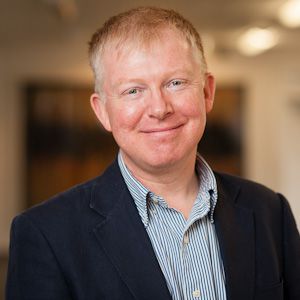 Prof Cornall is also part of our MRC Human Immunology Unit, where he is Deputy Head.

Originally from the Isle of Wight, Prof Cornall read biochemistry at Trinity College, Cambridge, and then clinical medicine at Balliol College, Oxford. He worked for a few years as a physician, after which he was a graduate student with John Todd at the University of Oxford, where he studied in the genetics of insulin-dependent diabetes mellitus. After stints at the Royal Postgraduate Medical School and Stanford, he was in 2000 made a Wellcome Trust Senior Clinical Fellow and Honorary Consultant at the University of Oxford.

Prof Cornall and his group are interested in immune regulation and autoimmunity, B cells, the treatment of autoimmune diseases and the use of genetics to identify new pathways in immunity. He was Deputy Head of the Medical School and Medical Sciences Division of the University from 2015-17. In his new post, he will be a Fellow of Magdalen College

Beyond Boundaries at the Oxford Imaging Symposium

Held on 29th September 2022, the symposium brought together researchers from across the world to present the latest applications of advanced imaging.