A free game launched today allows players to role-play the deployment of a virtual vaccine to help to halt the global spread of a viral pandemic.

The Vaccination Game, created by researchers at the MRC Weatherall Institute of Molecular Medicine (WIMM), in collaboration with Goldsmiths, University of London, challenges players to figure out how they can deploy limited doses of the vaccine to best control a disease modelled on influenza.

The idea of developing a game was conceived by Professor Hal Drakesmith and colleagues who are part of a research network focussing on immunising babies and mothers to fight infections in low and middle-income countries. Following funding from, and in collaboration with the IMPRINT research network, they were able to begin development of the game.

'We originally had the idea of the game and began developing it back in 2019, with influenza as our example disease,' said Professor Drakesmith, who is based at the MRC WIMM. 'Then COVID-19 struck, and the ideas behind the game are obviously much more relevant.”

'Our game isn’t intended as a modelling or simulation tool, or meant to predict real-world scenarios', Professor Drakesmith said. 'Instead, we hope it’s educational, as it illustrates how vaccines can work on a global scale, and shows that precisely how a vaccine is deployed across populations can be crucial to its effectiveness.'

Professor Drakesmith and his group collaborated with the Analysis, Visualisation and Informatics group, also based in the MRC WIMM, to develop the game. They also worked with Goldsmiths, University of London, to produce the final version based on mathematical models of how a virus spreads, and what effect a vaccine might have. 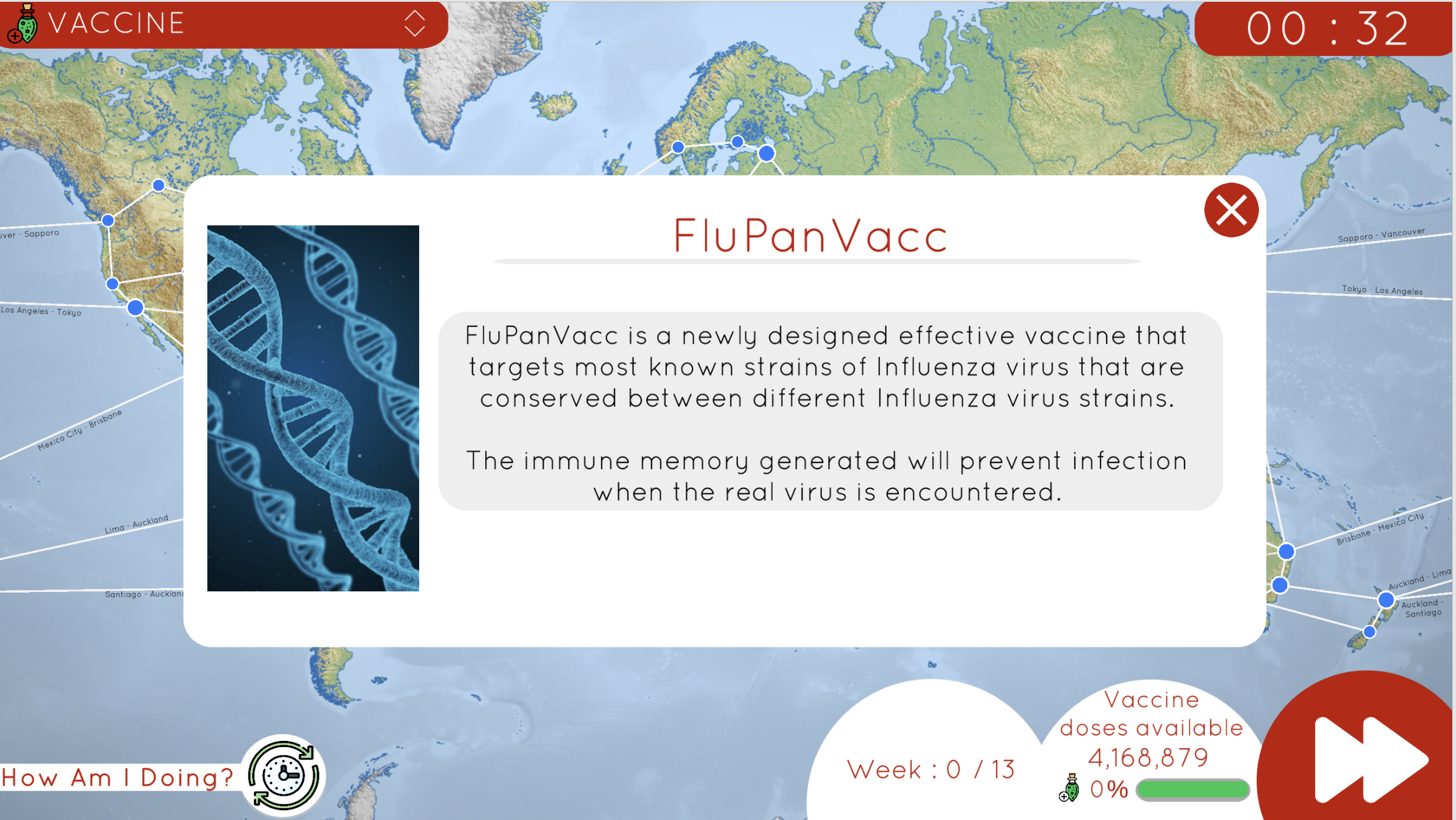 The virtual vaccine in the game is available in limited doses per week and the player has to decide who to vaccinate in each of 99 cities worldwide that are part of the game. At the end of the campaign, the player receives a report as to how well they played the game and how many lives were saved by the vaccine.

Steve Taylor, Group Leader of the Analysis, Visualisation and Informatics group said, 'You can replay the game multiple times to improve strategy and save more lives – it is possible to do very well!'

The game can be played online here: https://bit.ly/3d5dwh0