Laying the foundations of molecular medicine

25 years ago, Professor Sir David Weatherall laid the last paving slab during construction of the Institute of Molecular Medicine in Oxford, marking completion of the new part-MRC funded unit. Bryony Graham looks into the remarkable career of a man who, aged 80, can still be found at his desk in the institute which now bears his name.

The photograph below, taken in 1988, shows Professor Sir David Weatherall ‘topping out’ the innovative Institute for Molecular Medicine in Oxford. The research unit was set up by Professor Weatherall to focus on what he described as ‘what was rather hopefully called molecular haematology’. Today, the Institute is an internationally recognized research unit, and this year Professor Weatherall was awarded the American Society of Haematology’s highest honour for ‘his visionary translational research leadership’ – not bad for a man who started his scientific career running lab equipment from a car battery in rural South-East Asia.

Professor Weatherall was born and raised in Liverpool, where he started his medical training in the shadow of the Second World War in 1950. Obliged to do a stint in the army but determined to avoid conflict, Weatherall was posted to a children’s hospital in Malaysia as a junior medical specialist. Posted to a small border town a year after arriving in Singapore, Weatherall came across a young girl who was being kept alive by blood transfusions, but whose condition had baffled medics and she remained undiagnosed. Weatherall rigged up some simple lab equipment using starch, filter papers and car batteries, and diagnosed the child with a red blood cell disorder called beta thalassemia.

After completing his obligatory two years in the military, Weatherall moved to the US where he continued to work on the molecular basis of red blood cell diseases. In the mid-1960’s he and his colleague John Clegg published a ground-breaking study showing that an imbalance in key proteins found in red blood cells causes various forms of anaemia, and within five years this analysis had been implemented clinically for prenatal diagnosis of blood disorders. The technique is still used for the same purpose today.

Despite being decorated with a plethora of medical and scientific accolades, Professor Weatherall has no desire to be recognized for his achievements. He refused a leaving party when he retired as a Governor at the Wellcome Trust in 2000 and instead used the money to equip a haematology unit in a Sri Lankan hospital. Despite turning 80 earlier this year, he can still be found working in the same building in Oxford which he helped to fund, build and maintain.

And thus, as a scientist who is fortunate enough to currently be working in what is now known as the Weatherall Institute of Molecular Medicine, I raise my pipette and doff my safety goggles to an inspirational scientist whose dedication to improving clinical research in the developing world continues to push forward the field of molecular medicine to this day. 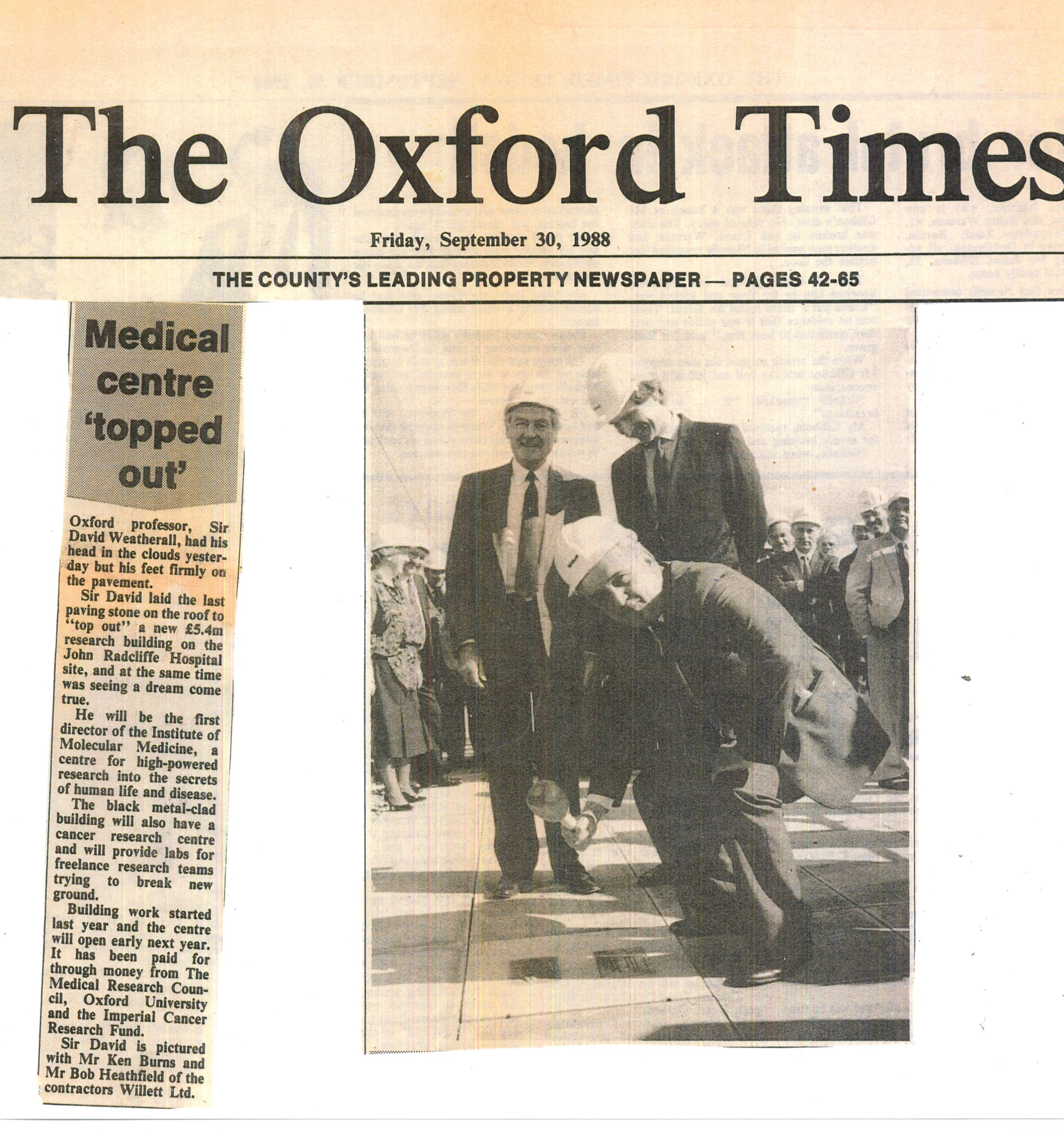 This post was originally written by Bryony Graham (edited by Katherine Nightingale) for the MRC Insight Blog:http://www.insight.mrc.ac.uk/2013/11/19/behind-the-picture-laying-the-foundations-of-molecular-medicine/