Congratulations to Professor Chris Newbold, who was the beneficiary of the 14th BioMalPar Lifetime Achievement award. Each year a malaria researcher is recognised by this honour, which includes a keynote lecture at this EMBL conference on the biology and pathology of the malaria parasite. Previous winners have included Lou Miller, Alan Cowman, Brian Greenwood, Ruth Nussenzweig and Kevin Marsh. 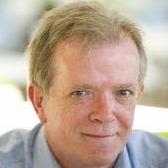 Prof Newbold is Professor of Tropical Medicine at the MRC WIMM and Radcliffe Department of Medicine. Major achievements during his prolific career include the identification of var genes in P.falciparum, which code for a major surface antigen that undergoes antigenic variation and therefore facilitates chronic infection. He has also identified ICAM-1 as an endothelial receptor for P.falciparum infected red cells and mapped its binding site. Chris was also one of the originators and UK co-ordinator of the malaria genome project, and continues to be involved in its update and curation. He also helped establish the Wellcome unit in Kilifi, Kenya, now one of the major overseas Trust funded units.