A machine learning tool to characterise complex 4D image tissue and organism data could aid research into diseases such as neurodegenerative disorders and cancer.

Researchers from the Wolfson Imaging Center & MRC WIMM Centre for Computational Biology have been working alongside colleagues from the Oxford University Dunn School of Pathology and the Micron Advanced Bioimaging Unit, as well as the Israel Institute of Technology, to use machine learning to map cell identity and division in tissues and organs. The novel tool, published in the journal eLife could aid research into diseases that affect complex tissues.

The 200 billion cells in the human brain are generated by a small pool of rapidly dividing stem cells. For the brain to develop correctly, these stem cells must produce the right number of each cell type in the right place, at the right time. But scientists still don’t fully understand how individual stem cells in the brain know when and where to divide.

To answer this question the team, researchers including the MRC WIMM’s Dr Dominic Waithe studied fruit fly larvae, since they use genes and mechanisms similar to humans to control brain development. The team devised a new method for extracting the brains of developing fruit flies and keeping the intact tissue alive for up to 24 hours, while continuously imaging individual cells in three dimensions.

But manually tracking the division of each cell across multiple frames of a time-lapse is extremely time consuming. To tackle this problem, the team created a tool called CytoCensus, which uses machine learning to automatically identify stem cells from three-dimensional images and track their rate of division over time (yielding 4D data). Using the CytoCensus tool, the researchers identified a gene (known as Syncrip - HNRPQ in humans) that controls the diverse rates at which stem cells divide in the brain.

Earlier this year, some of the same researchers also published a study showing that this same gene regulates a well-known cancer-related protein, but through an unconventional mechanism.

CytoCensus was also able to detect cells in other developing tissues, including mice embryos. The new eLife study demonstrates CytoCensus can provide biological insights into developmental processes that would be difficult to obtain by other means, and shows how the tool has great potential for the characterisation of complex 4D image data from tissues and organisms. 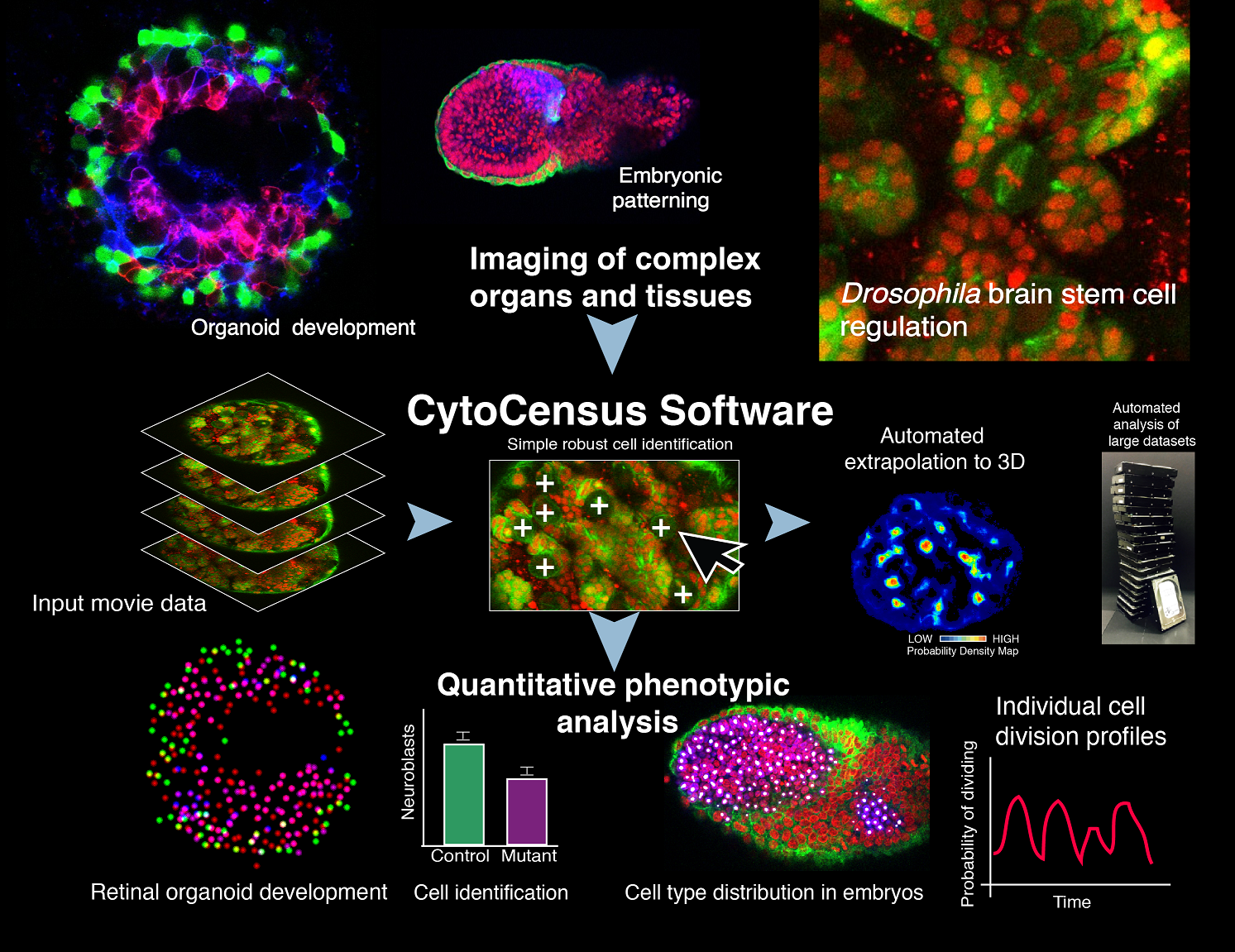